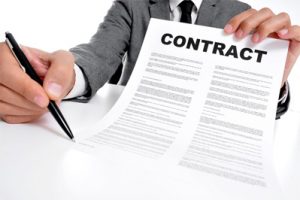 Common-law spouses can formulate a cohabitation agreement, which is deemed to be a marriage contract after the spouses get married legally.

A contract made between two spouses before they get legally married is called a pre-nuptial agreement.

The Prenuptial agreement mentions how these issues will be dealt with during their relationship and in the event of their separation or death of a partner. These sort of agreements are made due to many reasons such as 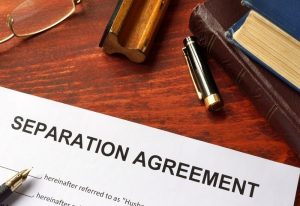 Separation agreements required when a couple may decide to separate and end their relationship. In this case, they will need to make important decisions on matters including:

A properly drafted agreement allows the parties to retain control over major decisions in their lives during this difficult time. If parties cannot agree on these issues, a court may decide the issues on behalf of the parties. This can result in an arrangement that satisfies neither party.

While parties may come to an agreement on their own, enlisting a lawyer’s services in the preparation of a separation agreement or cohabitation agreement can protect the agreement from legal challenge in the event of a dispute. At LAW WISE, our lawyers work with you to create an agreement that suits your individual needs.

How Our Family Lawyers Can HELP you?

Our Family Lawyers start by obtaining full disclosure from both parties and ascertaining your goals. We keep your goals and your legal rights at the forefront while negotiating the terms of your agreement with the other party. Once all the terms have been agreed upon, our firm experienced family lawyers will draft your agreement and provide it to you for your review. If changes are required, we revise the agreement and provide it to you and the other party to sign.

You should always obtain independent legal advice from a competent family lawyer before signing any contract, including a separation agreement or cohabitation agreement or pre-nuptial agreement. A written agreement becomes legally binding once it has been signed by both parties, witnessed, signed by the witnesses, and dated.

Your family lawyer in Toronto, Mississauga, and Brampton will provide you with personalized care and attention to deal with your matter.